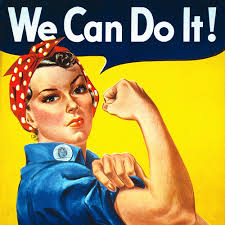 The other day while literally staring off into space I think I had a epiphany…Really am I being that dramatic in the opening line of this post? Yes, I am. Here’s the thing…I was thinking back to all of my relationships past and the one recurring theme, or should I say issue that has been brought up with me is that I am too independent. This was very prevalent in my last relationship I was in. And thinking back my independence has distanced men from me my entire life. When I was younger my dad wished I were more dependent all the time. As an adult he told me that my independence actually bothered him as he had constantly complained to my mom that he wished I would come to him, or them when I had a problem.

I had my first real boyfriend at age 18 during my Senior year of high school and he had serious issues with my independence. I distinctly remember him getting mad at me because I wouldn’t let him wash my car for me, and wanted to do it myself. Sounds really trivial right? Why wouldn’t I just let him do it? Maybe because it was MY car and I worked my butt off getting good grades, and not getting in trouble so my parents would even get it for me. Maybe because I felt that the car was MY responsibility and I should be the one to take care of it. And maybe I just wanted him to know that I could take care of my car, and myself, and felt a need to prove it to him for some reason.

As a kid I was bullied and tormented by my classmates and even some teachers. I never once told my parents. It started in the first grade and unlike any other kid who would share what was going on with their parents, I felt that I needed to deal with my problems myself and not burden my parents, or have my parents “save” me. But where this feeling came from I have no idea. As I got older and as the bullying, gossip and my classmates torture became worse, I closed up even more. I only went to my parents once, because I got in trouble at school for finally fighting back, and they were called. I felt showing them and anyone else that I could not handle my own situations myself showed weakness, and I never want to be weak.

Is being dependent a sign of weakness? Maybe I have convinced myself that it is. When I see women on television who do not work, have never paid a bill, rely on their husbands for everything, and have absolutely no skills to take care of themselves…I immediately see them as being weak and clueless. Relying completely on someone else to take care of you as an adult woman literally makes no sense to me.

Last year while moving into a new apartment the guy I was dating at the time asked me why I didn’t ask him to help me move my belongings into the apartment. He later called me from the market asking me what groceries I needed and I immediately went on the “sweet defense” where I very kindly turn down any and all help offered to me. His response, “I’m trying to help you but you’re being so difficult.” Although he turned out to be not a great dating choice for me, his words have stuck with me since he spoke them last year.

I have a set of tools and I know how to use them, I can carry ten bags of groceries up a flight of stairs into my apartment, I can take apart and build most things on my own, and I can make a mean lasagna, bake a pie, and wash my car all on my own. The one thing I cannot do as easily is give my heart to someone. And that’s where the issue of independence comes into play. When you are vulnerable and allow someone in your heart and life you are giving up pieces of you and some of your independence. You are relying on this person to cherish you and all that you are, to accept your flaws and mostly to take care of your heart. And for me this is terrifying, but a lesson in dependence I am now willing to learn.

0 thoughts on “Am I Too Independent?”