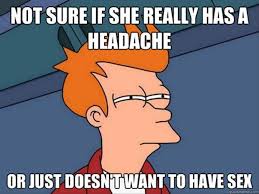 Sex is a huge factor in most relationships, and most times we end up having sex with people we are not in relationships with. While I am in no way passing judgment on those who do I am explaining why I have taken that option off of my table. There is something to be said for two adults who actually take the time to get to know each other without the complications of sex clouding their judgment.

Often (women especially) have sex with a man in the very early stages of dating, whether that be the first or third date, and wonder why one month later he has disappeared…or moved onto someone else. It’s not about making him wait, or testing him to see how patient he will be. It is about getting to know someone for who they truly are and deciding this person is who you want to be in an exclusive relationship with.
There are plenty of women and men who can separate emotion from sex, and to get caught up in the rush of endorphins and clouded judgments that make you believe they’re the one when in fact they are not. I am not one of those people. I dated someone a few months ago for about a month and he wanted to take things to the next level.  I explained that I was not ready as he was dating other people and, felt it was not safe, nor a good idea at the time.
Cut to one week later when he disappears and three weeks later texts me with a pathetic excuse for his absence. Had I slept with him my heart would have been broken, and I would have felt like a fool. Luckily he did not get that piece of my emotion, heart, and soul because I chose to not give it away too soon. Now into my thirties, I have finally figured out what I want and it’s not a fling, but a committed relationship, and until I truly get to know someone and vice versa, there are lots of diners that I will allow to sit at my table, but only that special one will have dessert.